For most people, hearing loss does not happen suddenly. Instead, a person's hearing ability gradually decreases as he or she ages. When a person begins experiencing hearing loss, a hearing aid is often necessary to amplify sounds and make it easier for someone to continue to live a normal life. Someone who is losing their ability to hear properly needs to see an audiologist, a doctor who specializes in hearing and treating the ear for conditions that impair hearing. Some of the most common signs of hearing loss related to aging include:

In most cases, the ability to clearly hear high-pitched sounds is the first to diminish when a person is losing his or her hearing. Woman and young children typically have a much higher-pitched tone of voice than men, so it is not uncommon for an older person who is losing his or her hearing to begin to have difficulties understanding what women and children are saying.

Needing to Increase the Volume

One of the earliest signs of hearing loss is increasing the volume on the television. A lot of people do not even realize that they are listening to their TV at a much higher level than they used to. If your family often mentions that the TV is too loud or complains that they are unable to be heard over the volume of the television, it is a good idea to make an appointment with an audiologist for a full ear exam and hearing test.

Problems with Conversation in a Group Setting

When a person's hearing ability is declining, it becomes increasingly difficult to conduct a conversation while in a group of people. As more than one person talks, it is very hard for a person who is hard of hearing to clearly hear, differentiate, and understand what the person in the conversation is saying. If you have been in a group setting and noticed that you can't clearly hear when several people are talking in a room, getting a hearing aid may be very beneficial.

Asking People to Repeat Themselves

Since hearing loss is often gradual, it can be hard for people to recognize how bad their hearing has become. If you find that you frequently have to ask people to repeat what they said because you didn't catch it the first time, it often means that you may be suffering from hearing loss that can be corrected by wearing a hearing aid.

If any of these signs apply to you, it's important to visit an audiologist, such as those at Whisper Hearing Centers, to get the help you need. 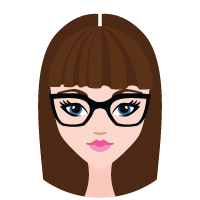